Bihar elections are round the corner and being politically involved and hailing from Bihar, several friends have asked me to write something about it. Thus here I am penning down my views, observations and thoughts. Sadly, what I'm going to write might not please many! 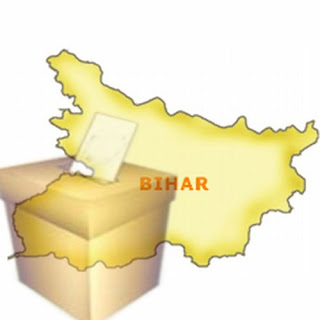 As of today, i.e. 16th of September it looks to be a neck to neck fight but while NDA is now getting its house in order the JDU led Mahagathbandhan has more than one issue to take care of. The spice in this curry has been added with MIM's entry into the fray and that could prove to be Nitish Kumar's bane.

I'll start by giving a bit of background. After 15 years of RJD rule Bihar was indeed in shambles. Any parent, who could afford to, would make sure that they send out their kids to study in other places after their 10th or 12th. Delhi, Kota, Bangalore were some of the preferred destinations (and they still are). I was also a part of that brain drain and left my hometown Patna after I finished my schooling.

Nitish came to power some years after I left. By that time I had faced the humiliation one was subjected to being a 'Bihari' in Delhi. The term 'Bihari' was used as a cuss word in Delhi similar to the manner in which the word 'Bhaiyya' is used in Mumbai. Though I was and am still proud of what Bihar gave me but the political, economic and social situation was indeed something that didn't leave people like me with much to be proud of apart from 'of course' the IAS and IIT results year after year.

Then Nitish happened! He came to power on the plank of development and to the surprise of everyone, actually delivered. The roads got better and the seasonal labor force which used to go to Punjab and other states started to stay back and get work right at their doorstep due to proper implementation of MGNREGA. Nitish used existing laws to rein in use of firearms and even went to the extent of confiscating properties of corrupt officials and turning them into schools.
Another important development, which most people miss out is that the police force was refurbished. Police Thanas and chowkies were given permanent buildings with residential facilities for the personnel which eventually helped in a 'BIG' way in curbing crime. Then Bihar started to show signs of economic growth. There were years when it was among the fastest growing states in India. Compared to the bleak past, things were indeed looking better.

People like me, who were living in other states started being complemented for the good work that Nitish was doing back home. A massive change from what we faced earlier. No body can take credit away from the JDU-BJP alliance for giving a face lift to Bihar. Yes, it was not Nitish alone, there were other people involved. A captain is as good as his team and no doubt the JDU-BJP team was the best Bihar had in decades.
Then, like every good story, this also came to an end. There were very clear differences between the JDU and BJP over right wing extremism and that eventually became the issue which led to both parting ways.

During the Loksabha, both JDU and BJP didn't leave any chance to take a potshot at each other but as the Bihar elections are coming nearer, both parties are using every chance to take a jibe at each other. While JDU is claiming that it is the one responsible for the recent development in Bihar, BJP is blaming JDU for everything that needs to be done. Well, weren't both part of the alliance and thus both had a shared responsibility? The situation is like that of a recently divorced couple with each blaming the other.

However, everything said and done, it is Bihar and eventually the nation's future at stake apart from that of the JDU and BJP! After the loss in Delhi assembly it is very important for BJP to win Bihar to keep the talk about 'Modi Wave' alive. On the other hand, it's a matter of survival for the JDU. It doesn't have presence in any other state apart from Bihar and a loss there would mean that the road ahead for the party would be very tough.

Bihar has largely been free of communal extremism till now and the fights have more been fought between the forward and backward. Interestingly, it's the MIM's entry which has given a communal flare to the elections more than anything else. The biggest question people are asking is, who will MIM's entry favor. The answer is quite simple actually. The more MIM and its leader Owaisi will campaign in Bihar, the more beneficial it will be for the BJP. BJP and its patron, the RSS has learned their lesson and evolved their strategies. They no longer engage in communal theatrics themselves but rather make sure that the communal extremists on the other side keep ranting thus converting the neutral into BJP's favor.

An example of this was seen in the recent Maharshtra elections where MIM helped them polarize to a great extent. It won just 2 seats but the psephologists would be able to tell in much more detail how they derailed equations for others. With their hate speech Owaisi brothers are a potent weapon for the BJP. Leaders have been arrested in India for sillier reasons and spreading communal hatred should be a ground enough but Modi seems to be doing an Indira Gandhi here. It might hurt him in the long run but more importantly it would hurt the nation. It's sad that few people are realizing that!

The BJP has also been able to put together a formidable combination of Forward, Dalit and Mahadalit by bringing together Ramvilas Paswan and Jeetan Ram Manjhi along with Upendra Kushwaha as part of the NDA in Bihar.

Nitish on the other hand has bridged gaps with his old foe Lalu Prasad Yadav. Most people, including myself are not happy with this but if you give it a thought, did he have a way out? The NDA is coming in with all its election machinery to Bihar. In such a situation could Nitish have afforded to let this become a triangular battle rather than a bipolar one? Despite all his negatives Lalu is still a force in Bihar and his being the third player would have harmed Nitish more than the NDA.

However, the bigger question is, whose side is Lalu on!

The coming together of 'Janta Parivaar' was a drama of which Mualayam apart from Lalu and Nitish were part of. A dream which was destroyed even before it could take proper form. The BJP leaders made sure that CBI is used by them as effectively as it was used by the UPA when at power in center. Mulayam had to walk away from the parivaar and now it is more like a house at war!

The pertinent question however is, what will happen to the Mahagathbandhan post the election? There are few scenarios and I'm discussing them one by one!

Scenario 1: Mahagathbandhan gets majority with JDU as largest party

Seems possible but post the win Lalu will bargain. Will Nitish fulfill his wishes? Or will that lead to another war between the two Janta pariwaar veterans. Only time will tell.

Scenario 2: Mahagathbandhan gets majority with RJD as largest party

Will be a tricky situation. Nitish was the CM face but his party not being the largest will make things difficult for him.

There will of course be a fight for the CM post and the central BJP leadership and RSS will take a final call (like putting a Khattar in Haryana). However, Manjhi and Kushwaha will need to be managed tactfully. In this case if RJD is the largest party it will go for LOP, a situation which will completely sideline Nitish.

Though very unlikely but with fringe players like the left and Samajwadi party, it might happen. Would be a precarious situation with unpredictable outcome.

As of now, my personal hunch is that scenario 3 is the most likely outcome with JDU being pushed to the third spot thanks to well calculated placement of candidates by the MIM. If that happens, Nitish as a leader will be under questioning in his own party and Lalu will pave way for his next generation in the RJD.

Nitish will need to do something exceptional in the last few weeks that he had at his disposal. What he and his close aide Prashant Kishore can conjure, we will have to wait and watch.

On the other hand, if NDA loses, it will be final nail on the Modi wave as unlike Delhi, they don't have a Kiran Bedi here to shield Modi ji from humiliation of loss!